In 2008 our family moved to the village of Welland in Malvern where we made the bold decision to establish a vineyard. Although the idea to start a vineyard was a moment of inspiration, the actual job of setting up a working vineyard took a lot of research and hard work. In 2010 we planted our first 900 vines. In 2012 we planted a further 4,000. And in 2013 we undertook the management of Tiltridge Vineyard which was established 25 years ago and had developed the Elgar Brand. Together with two more sites we planted with Chardonnay and Pinot Noir grapes, we manage four vineyard sites and ten different varieties of grapes across 15 acres.

Ours is a story of a hobby that became more serious: from an ambition to prove to friends and family that we could produce a decent English wine in Welland to a commercial operation potentially producing 15,000 bottles of wine a year. 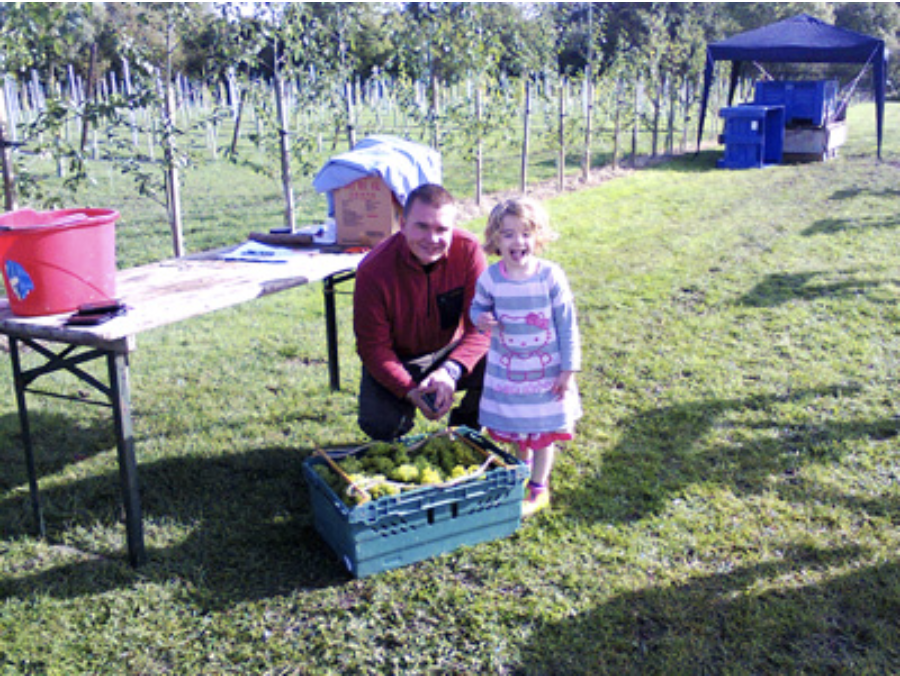 2010
As you can imagine, to start a vineyard involved a lot of hard work and a fair amount of trial and error. We were ably helped along the way by the expertise of the well established Three Choirs Vineyard as well as several other knowledgeable and kind souls. However, making a success of an English or Welsh vineyard is a constant challenge; it is an on-going learning process, especially considering the new challenges that UK weather conditions can throw up.

After getting the drains in and preparing the soil we opted in April 2010 to start with 300 Orion, 300 Phoenix and 200 red Rondo grapevine varieties.

After much internet research and vineyard tours we chose the Geneva Double Curtain (GDC) system for our trellises. In later trellising we incorporated our GDC system with a Hadley post system. We believe that the system is a first for the UK, and so far seems to work fantastically well.

By the end of September 2010, after a great summer of sunshine, we had trained our foliage along our lovingly crafted swinging arms.

2011
This is the year we experienced the dangers of late frosts and the need to seriously invest in frost protection for the vines. We were fortunate that by mid-July the vines had recovered and regained their former height. It was also the year we made the commitment to upscale the vineyard from hobby to commercial venture. 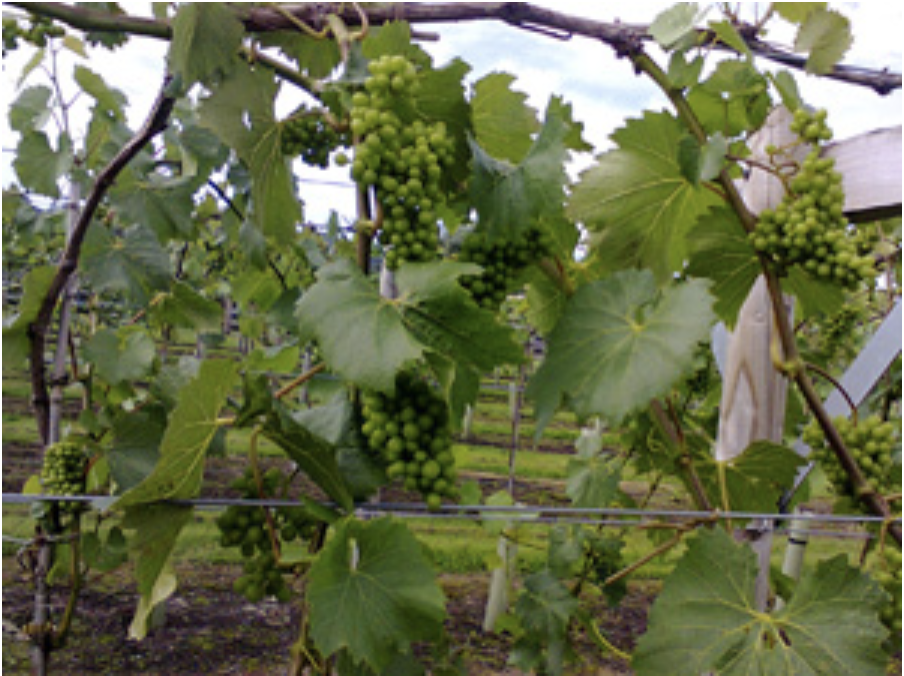 2012
This is the year when Lovells Vineyard really came into its own. We planted an additional 4.5 acres with a selection of vines. As well as more Orion and Phoenix, we added Pinot Noir, Siegerebbe, Madeleine Angevine and Seyval Blanc.

Now that we had a much larger area to tend we invested in machinery and man-power. We also went back to our mulch, replacing stuff that the rabbits loved to munch to a better non-edible variety.

All started out well, but again the weather intervened to complicate our carefully laid plans. The month of May saw us constantly checking the outside temperature and frequently resorting to lighting French Bougies Anti-Gel.

The summer of 2012 was poor, lacking in days of consistent sunshine. Instead we had high winds and record rainfall. All of this meant we worried if we would grow grapes with a high enough sugar content to make wine. On 6th October we harvested a modest 625 kg of grapes. This was our first harvest. Due to sugar levels we marked these first grapes for the production of a sparkling rosé wine. 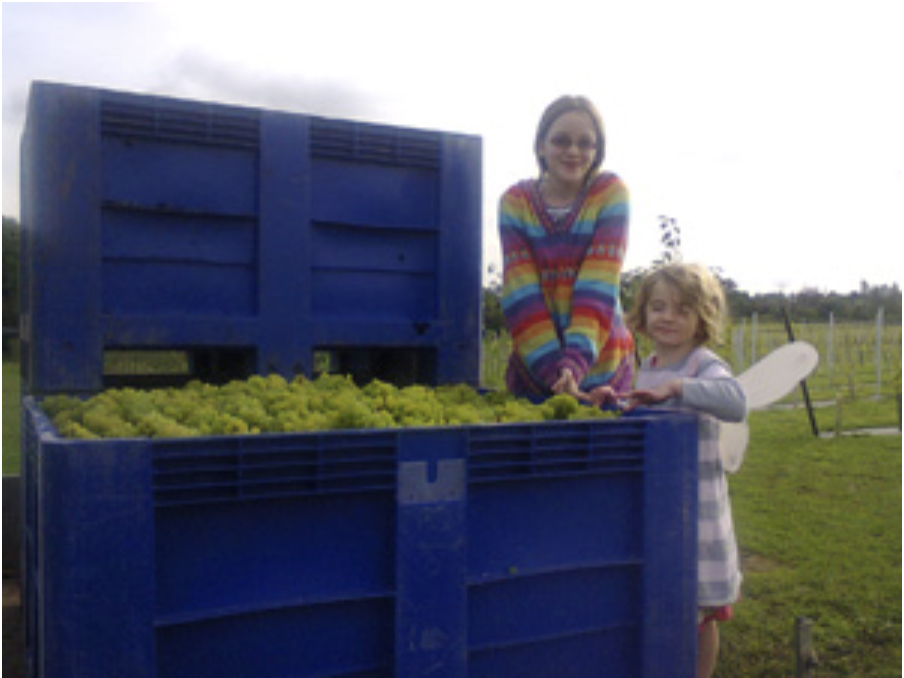 2013
2013 started in a similar vein to 2012. The harsh winter and heavy snow fall damaged many of our newly planted vines. Just when we thought things couldn’t get much worse, things got a lot better. 2013 saw a splendid summer and finally we witnessed an abundance of grapes swelling on the vines. This was complimented by heavy showers in August.

We held off cutting the grapes until they had reached suitable sugar levels. This meant delaying harvest time until mid-October. The risk was rewarded by a fantastic harvest: 941 kilos of Rondo on the 12th October followed by 2,400 kilos of Phoenix and Orion a week later. We were on our way to making over 3,000 bottles of our first English still wine!

In December we acquired the vines of Tiltridge Vineyard. Located just down the road from Lovells Vineyard, the couple running this vineyard had inspired us to believe that English wine could be palatable and high-end. They had also given us timely advice over our first couple of years of grape growing. We are committed to continuing the high standards set by the award winning Elgar Wines of Tiltridge Vineyard.

The new vines also increased our potential capacity to 8,000 bottles with an option of a further increase to 15,000 bottles in another five years. 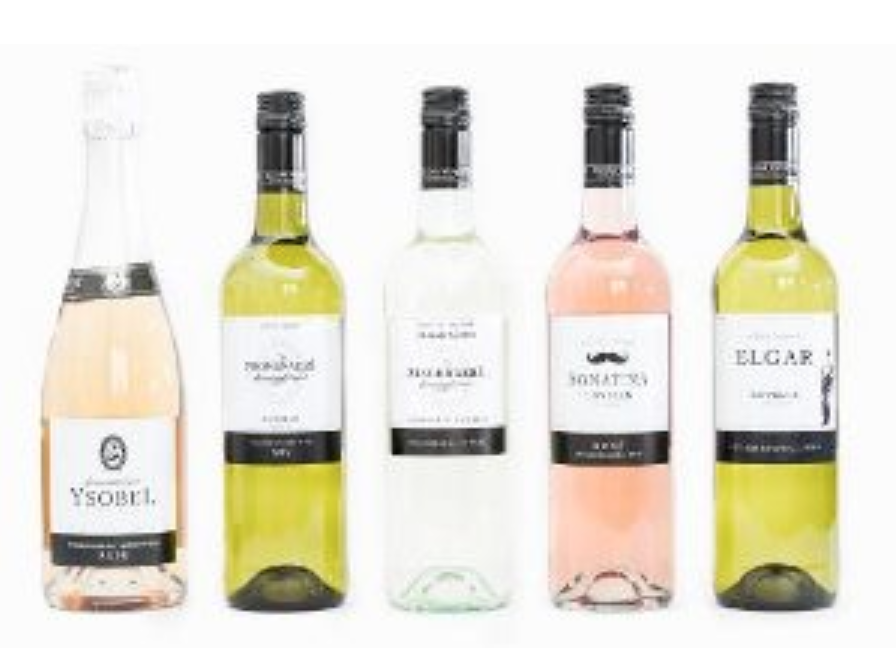 Today
Lovells Vineyard now produces over 12,000 bottles of wine a year. From sparkling whites and roses to dry whites, single varietal wines and we are about to produce a stunning Late Harvest wine and possibly launching our first English red in 2018.

Our wines have proved a popular local tipple stocked by restaurants, wine merchants, hotels and delicatessens in the Malvern area. An important part of our mission has always been to champion both Malvern wine as well as English wine.

You can buy full range of Lovells Wine from here at Malvern Cellar. Come in for a chat and a look around.